Stonehenge is set to be Europe’s most sought-after UK attraction post-Covid. Best Stonehenge Tours you can book now.

WILTSHIRE’S historic Neolithic site at Stonehenge appears to be top of most people’s bucket list of attractions to visit following the end of the Covid pandemic lockdown.

Having been unable to travel as freely as possible for the past year, thousands of Brits and Europeans have begun to plan their post-pandemic holidays and create a bucket list of items they would like to tick off with any extra money they have saved during the Covid-19 crisis.

A new study by Audley Villages reveals which destinations and attractions are on our bucket lists, and exactly how much they will cost to complete.

In order to do this, the company looked into Google search data, Instagram hashtags and press mentions of 141 bucket list items including destinations, landmarks, theme parks and activities.

Stonehenge consistently comes above Buckingham Palace and the London Eye as the most sought-after British landmark to visit.

The research suggested if everyone who searched for Stonehenge were to visit the location once in their lifetime the attraction could generate over £34 million in revenue. With over one million Google searches Stonehenge is set to be one of the most popular UK attractions post-Covid.

Many of the attractions which Europeans want to visit in the UK highlight our rich history – and they don’t come at a high price point.

Visiting Stonehenge costs £21.50 per adult, while the State Rooms at Buckingham Palace will cost an adult just £26.50, and Hadrian’s Wall being free to visit if you pick the right spot.

We recommend booking your Stonehenge tour in advance.

Stonehenge Tickets must be booked in advance

Posted by Visit Stonehenge at 02:50 No comments:

Before 1978 you were free to walk around inside the stone circle at Stonehenge once you’d paid your admission fee. The lack of any guards overnight meant people also hopped the fence once the site had closed.

Finally, in response to the over 800,000 annual visitors, access was restricted. An article entitled “Heritage Under Siege” in New Scientist (Sept 27th, 1979) reports the Chief Inspector of Ancient Monuments and Historic Buildings as saying:

“The whole problem of Stonehenge is numbers … all through the year. What menaces Stonehenge are the millions of feet (and hands) of the ordinary visitors.”

“An archaeologist calculated that if each visitor walked around the central area just twice during his or her visit, the effect would be the same as having one man standing on each square foot inside the ring and jumping up and down on that spot 62 times every day throughout the year.”

After March 1978, everyone was banned from inside the circle – including archaeologists and other researchers, much to their annoyance. Department of the Environment officials said that the plans to allow out-of-hours access to “those with a special interest” had to be abandoned because the custodians were unwilling to work overtime. And so it remained for a long time.

Eventually things changed and these days it’s possible to book to go inside the stone circle on what is called a “Stone Circle Access” or “Special Access” visit. These are one-hour long slots before and after the monument is open to the public during the day, and a maximum of 30 people are allowed inside at a time.

You can book as an individual, or via a tour company who may (or may not) provide a well-informed guide to show you some of the hidden features that you might otherwise miss.

Once inside, if the light’s right you can pick out some of the hundreds of examples of

carved initials and names on the stones. One of them might even be that of Christopher Wren – a local lad who made good and went on to design the new St. Paul’s Cathedral after the Great Fire of London in 1666.

One thing that a lot of people fail to notice is the sound of the place – there’s a definite sense of entering into an enclosed, peaceful space a soon as you come in through the primary entrance beneath the central lintel of the three on the northeast side of the circle.

It’s only when you’re up really close to the monument that the epic scale of the stones really strikes you – the tallest one is over 7m from grass to top, and there’s a further 2.5m in the ground. Weighing in at over 40 tons it’s a beautifully shaped monolith that was part of the tallest trilithon on the site. Sadly its partner upright fell and broke long ago, leaving the lintel they both supported lying on its side in the southwest part of the central area.

The bluestones, though much smaller than the sarsens, are still impressive rocks – the tallest one stands leaning in front of the highest sarsen stone and has a wide groove worked all the way down one edge. No-one knows why.

There are a few rules – no standing on the stones, no touching them, no smoking – but apart from that you’re free to wander around and properly appreciate both the enormity of the large sarsen blocks, the elegance of the bluestone pillars and the ingenuity of the builders who created the monument over 4,500 years ago.

If you have the chance, by far the best way to see Stonehenge is through a Stone Circle Access visit.

Stonehenge Guided Tours pioneered these Stonehenge access tours and offer frequent scheduled coach tours at sunrise and sunset. They can often arrange private custom inner circle tours with expert guides.  The Stonehenge Travel Company are based in nearby Salisbury and are considered the local Stonehenge experts.

Posted by Visit Stonehenge at 01:41 No comments:

Stonehenge will open on 4 July.

English Heritage have introduced limits on visitor numbers to help keep everyone safe, and you won’t be able to visit without your booking confirmation. If you’re a Member or Local Resident Pass Holder, your ticket will be free, but you still need to book in advance. To book your visit, click here.
Although things might be a little different when you visit, you’ll still be able to enjoy exploring the places where history really happened. And you’ll still be given a warm and safe welcome by our friendly – if socially distant – staff and volunteers.

Please click here for more information about the safety measures you can expect when visiting, as well as their Q&As.

The Stonehenge Tourist Guide
Posted by Visit Stonehenge at 06:25 No comments: 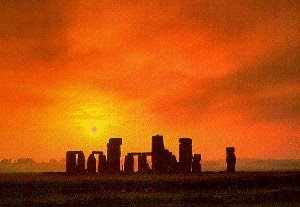 Was Stonehenge a temple for sun worship, a healing centre, a burial site or perhaps a huge calendar? How did our ancestors manage to carry the mighty stones from so far away and then, using only the most primitive of tools, build this amazing structure? Surrounded by mystery, Stonehenge never fails to impress 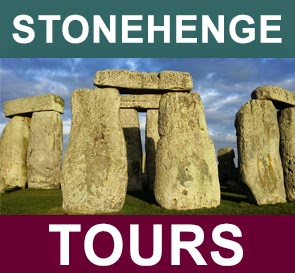 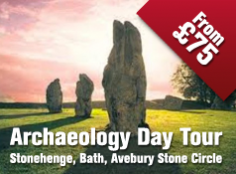 Visit Stonehenge
Fully qualified local tour guides available for 'private' guided sightseeing tours of Stonehenge and Wiltshire for small groups. We specialise in Stonehenge and ancient Britain and can often get permission from the English Heritage to take you beyond the fences and into the inner circle of Stonehenge after the site is closed to the public at sunset or sunrise (special access or private access tours) Private tours can depart from London, Salisbury, Bath and Glastonbury.